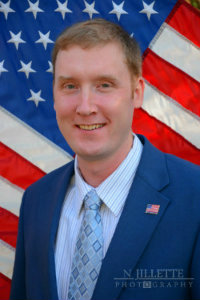 I grew up on a 4 acre farm in Sidney, Maine where my parents, older brother and I raised our own beef, laying hens and vegetable garden for our family's needs. It was a great way of life, taking care of the animals and living off the land.

I attended the University of Maine at Machias on the coast of Maine. There I met my future wife, Sarah, and graduated with a Bachelors degree in Business Administration. In addition, I received my Associates in Graphic Arts Printing Technology at Central Maine Community College and was the Pre-Press and Customer Service Manager for 6 years at Old Port Press in Portland, Maine.

In August of 2008, my father and hero, passed away leaving a great void in my life. He was an Army Veteran of 2 combat tours in Vietnam and suffered from PTSD. He instilled in me a great appreciation and respect for those that have served our country and after he passed on I searched for ways to give back to Veterans.

In the Summer of 2011, I bought an American Flag for my home and was inspired to start Grand New Flag, and we soon began offering a variety of military and US flags for sale across America. As I sat working on the business plan it struck me that the business will be my vehicle to give thanks and give back to those who have and are currently serving our country. Veterans and Active Duty always receive 15% off the entire store, along with the 5% For Vets Fund: Our promise with all of our US flags, custom flag poles, and all our other products is to give back 5% of Net Profits each year to a non-profit that serves Veterans.

Grand New Flag opened for business on Flag Day of 2012. We at Grand New Flag will always be supporters of the Armed Forces and the American manufacturer with all of our military, custom, and US flags for sale.. 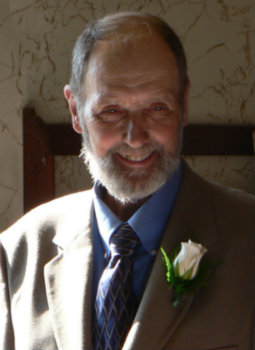 Arnold was born April 9th, 1946 to parents, Wilho and Yvonne Kauppinen in Peabody, Massachusetts. He was 1 of 6 children, 2 brothers and 3 sisters. His father worked in the leather factory and his mom a Nurse. Arnold was named after his uncle who was killed in action (11-25-1944) in WWII, a tail gunner in the U.S. Army Air Forces, 861st Bomber Squadron, 493rd Bomber Group.

At the age of 19, he was drafted into the Army’s 196th Light Infantry Brigade. His brother would also be drafted into the army around the same time. While serving his 1st combat tour in Vietnam, 1966, he got word that his brother was due to ship out and serve his own combat tour. Upon hearing this, he selflessly volunteered to serve his brothers’ tour. His sacrifice allowed his brother to serve out his obligation state-side out of harm’s way. He was truly blessed to survive both tours physically unharmed and make it home. Check out our Blog for Arnold's Letters Home from Vietnam.

After coming home and being honorably discharged from the U.S. Army, he decided to move up to Maine for some peace and quiet in the woods. He worked hard in construction and many years at a paper mill in Augusta, Maine. He got married and raised two sons on their 4 acre farm in Sidney, Maine. He was an avid fisherman, camper, hunter and fan of the New England Patriots. He also enjoyed raising beef cattle, laying hens, pigs and growing a garden on the farm to feed his family.

Arnold passed away surrounded by loved ones on August 7th, 2008. The quote on his head stone reads “Gone Fishin.”